Feeling ill off late? Blame it on your early morning walks 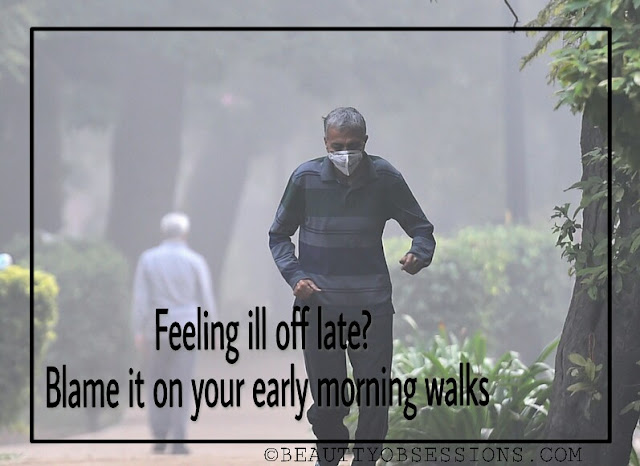 Delhi and NCR has witnessed insane upsurge in Air Quality Index recently. The pollution levels at various areas are over 15-20 times over the permissible limit. According to the reports from the Central Pollution Control Board, AQI at Ghaziabad and Noida was as high as 439 and 423 respectively. Pollution level ranging so high is absolutely dreadful, as the safe AQI level is below 50 or maximum 100. Delhi's air quality was measured to be under "very poor" category with AQI recorded at 368. Highly polluted air causes respiratory illness, lung and heart disorders not just to the people with prolonged health issues, but to completely fit and healthy people as well. 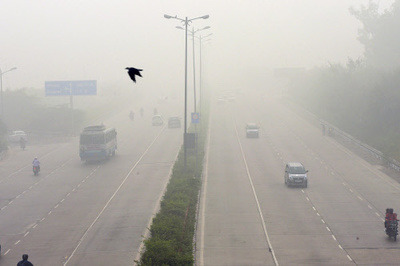 The worst affected areas by the PM2.5 situation are Anand Vihar in east Delhi, ranging maximum between 410 and 492 between 10 to 11.30 am. Mandir Marg in central Delhi saw PM2.5 hit it’s highest point at 339 around 10 am, while PM2.5 at Punjabi Bagh in west Delhi was at 372. According to the weather analysts, this abrupt drop in air quality could be a reason of unexpected change in the wind directions.

Doctors claim that there are higher chances of concentration of PM 2.5, particles at body level in the morning and that particles as well as other toxic gases can enter your lungs. Walking, jogging or exercising in such air conditions can deposit up to two tablespoons of toxic ash in your lungs. Other fatal impacts of air pollution includes worsening and reduction of lung function, atherosclerosis, high blood pressure, cognitive disorders, neuro-degenerative diseases and various fertility problems. Considering these terrible health impacts, doctors have warned people against morning walks and also held negative perception for the upcoming marathon events in and around Delhi. 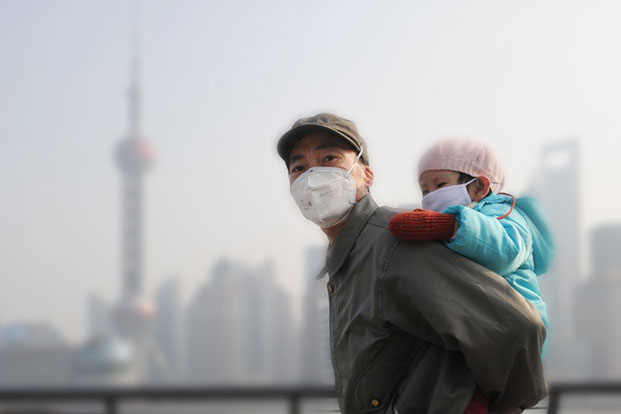 The government has started taking initiatives for long term benefits by implying laws for reducing fuel consumption and various environment conservation programs like ‘tree plantation drive’. While outdoors, lot of people across Delhi have also started wearing protection masks, such as Dettol SiTi Shield smart mask, which is efficient in fighting air pollution. People are also installing air purifiers in their vicinities. The medical experts have advised to protect oneself by consuming foods rich in antioxidants. Adding Vitamin A and Vitamin C rich products in your diet is beneficial. People in Delhi and NCR need to take basic safety measures and stay safe against the rising pollution levels, especially during the morning.

See you in the next post... Till then enjoy and stay healthy.. 😊

Please do not enter any SPAM link in comment box